Physical Vapour Deposition (PVD) - magnetron sputtering – rotating tube target yields
Extremely thin and highly uniform metallic and ceramic layers on large area substrates by physical vapour deposition are today’s industrial standard. Although currently used around the globe PVD is still challenged by further demands for cost reduction, improvement of process stability over long production runs and the ease of maintenance. Besides better utilization of consumables, further reduction of micro arc discharges and the suppression of dust and particles inside of deposition sources it will be the intelligent interaction between electrical power supplies and the magnetron sputter devices which stay in the focus of innovation. The magnetron sputtering process for the production of thin metallic and ceramic layers and layer stacks on large substrates (up to 18 square meters in size) is well established. However, magnetron sputtering is still subject to competition and faces future economic challenges. The introduction of rotating tube targets several years ago resulted in a big leap in sputter target material utilization and also in maximum deposition rates. Tube targets can be exploited up to 80% of the total target material while dynamic planar targets reach their end of life at a utilization of ca. 50% and static planar targets only at ca. 35%.

The constant rotation of tube targets within the static plasma discharge, in which the target erosion takes place, enables effective water cooling of the target. This allows rotating tube targets to operate at a much higher power density compared to planar targets. Higher power densities yield higher deposition rates, higher throughput achieved by rotating tube targets result in much lower costs. Besides consumable material utilization and deposition rate there is a third factor which proves crucial for the economy of magnetron sputter processes: the formation of micro arc discharges on the sputter target surfaces. It is not the visible and extremely destructive “welding” arcs that could form (see pictures below) but the hardly visible, small, very local “micro” arcs which may occur in large numbers, up to several thousand per second, that cause severe problems during production.

At each arc event the power supply to shuts off for a very short time. In cases where arcs occur at high frequency, the power supply is literally switched off for extended periods during production, thus jeopardizing the productivity of a sputter process in a serious way. The micro arc frequency is strongly linked to the design, material properties and quality of the targets used. 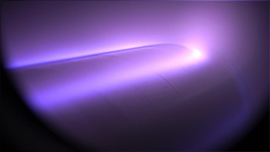 2. Arc ignites and drains power from the plasma race track 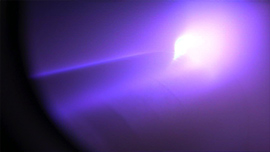 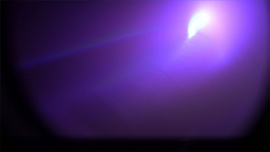 It is our obligation at W&L Coating Systems GmbH to further improve designs which directly relate to decisive economic factors of the magnetron sputtering process.

The robust resources provided by our know-how base and expert networks in vacuum coating enables us to offer research and development solutions for a wide range of competitive functional and exotic coating processes and materials. We undertake exclusive development projects on our in-house platforms which offer customers alternatives as well as efficient economic facilities.

We provide mainstream thin film analysis based on mechanical and optical methods for quality analysis and improvement assessments. Maintaining specified thin film properties during production is important to our customers and their end users.